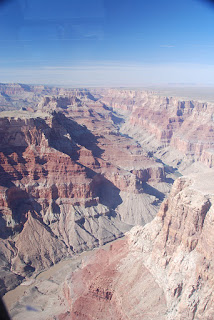 Some recent events came together in one of those "The Universe is trying to tell you something, Dave" sort of ways.  It could all just be a coincidence, of course, but that wouldn't make much of a story, would it?

First, I've been reading Carl Honoré's book "In Praise of Slow", which discusses the rather negative effects that closely watching time has had on our society.  In the book Carl looks back at how we have become more and more accelerated as we've been able to keep better and more precise time.  Carl wrote about the Curator of Time at the Science Museum in London, who oversees a collection of some 500 timepieces from ancient sundials to atomic clocks

This curator has what Carl described as a "claustrophobic relationship with time", including a wristwatch that had a radio receiver that read broadcast time signals in order to set itself to maintain accurate time.  Carl spoke of how the curator would experience anxiety when the day's signal was missed and the watch could be 'off' my a millisecond or two.  Essentially the curator was obsessed with precise, accurate time.

The curator's name is David Rooney.  There's nothing quite like seeing your own name in a bestselling book about slowing down to catch your attention!!

The second event was actually a conglomeration of a few things, including watching the rain run down my home office window, that made me thing of a quote I saw years ago from Kent Beck.  I recalled that it went something like, "when you have water and a mountain in conflict, bet on the water".  Off to Google I went to find the exact quote and the very first hit was a short blog post I wrote about it in 2006... evidently it wasn't the first time I've found that quote interesting.

The post referred back to a message in the XP Yahoo Group, in which Kent said:


Bruno pointed out the effects of water. If you have a mountain and water in conflict, bet on the water. The water knows where it is going--downhill. It actively works at getting there. If it gets blocked, though, it doesn't hammer away at the mountain, it flows around. Eventually, the water gets where it is going. When I keep in mind where I am going, when I respond to resistance with listening instead of belligerence, when I keep doing my work as best I can, then I have influence. Sometimes I miss the lack of drama and spotlight, but I appreciate the results.

These events on their own were amusing and informative, but then a third thing happened.  At a client this past week, a manager asked to talk to me.  I was asked for advice on how they could implement several things that I had been pushing them to do for about 18 months.

My frustration at the perceived lack of action had been growing, and I have wondered about my skills as a coach.  I suppose the skill I should have been wondering about the most was Patience.  I expected people to change immediately and listen to and implement every suggestion I made.  After all, I've been at this Agile thing for over 10 years... I'm a bloody expert!!  It seemed as if no one was listening, but in reality they were.  The people just either weren't ready to change, or had other forces in play that were preventing them from changing.  I simply needed the patience to act like water does - just flow around the rocks in order to get where you need to go.

Flowing water also has a funny way of eroding through rock in order to make it easier to get where it's going.  It just doesn't do it very quickly on a human time-scale.

The lesson to take from this is that we can make huge changes, but there are few circumstances where that can occur quickly.  The Badlands in Alberta and Montana in western Canada and the U.S. were formed by sudden, catastrophic outflows from huge lakes at the end of the melting ice sheets that covered North America about 10,000 years ago.  The Grand Canyon, however, took millions of years to create and occurred as the result of several other long-term geological processes that increased the speed of the Colorado River and thus it's ability to erode the rock.

Both processes created roughly the same spectacular results, but there just aren't that many ice dams available holding back vast quantities of glacial meltwater that can quickly carve out new Badlands.  Similarly, there just aren't that many opportunities for Agile Coaches to quickly change the direction of an organization, and when there are it's surely to have similarly catastrophic side effects to the floods that created the Badlands.

The much more prevalent type of organization requires changes that occur over a geological time scale, not a human one.  That requires us to have patience.  It requires us to go slow.

It would seem that, like the people on whom I was pushing my views, I wasn't ready to hear or act upon the message.