A Survival Guide for New Agile Coaches - Believe in It 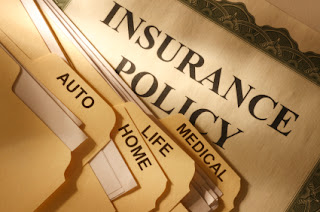 My Dad wasn't one for giving lots of advice about life. Golf, yes, but life, not so much. One thing he did say, though, has stuck with me.

Dad was a partner in an insurance brokerage and estate planning firm. He arrived at that point in his life after joining the Personnel group of a very large insurance company in the mid-1950's. He stayed in Personnel, later Human Resources, right through until the mid-1970's. He finally decided to make the change to Sales after he could no longer be a person who had to fire other people. In fact, the stress of firing others almost killed him.

He joined the Sales organization of this company, and his people skills resulted in immediate success. After a few years, he and his boss left the large company and started their own brokerage. Many trials and tribulations ensued, but the company persisted and flourished (they're still in business and growing some 30 years later).

As Dad was winding down his career and preparing for retirement, he talked me about carrying on his legacy by being part of the company. I said to Dad that I really didn't feel that I was a salesman. His response was,


"If you believe in the value of what you're selling, you will have no problem selling it."

I didn't join the company, but those words have stayed with me ever since.

You may be the lone voice in the woods at your organization, telling anyone who will listen that Agile is the way to go!  You may be an independent consultant that has to market your services to potential clients.  Regardless of your circumstances, as a coach you are often put into the position of selling Agile to people within organizations.

This is where the rubber hits the road with respect to your passion and commitment. If you believe, and I mean truly believe that Agile Software Development values, principles and practices will bring benefits to your clients or your organization, the selling part will come easily and naturally. Of course, you have to know what you're talking about and you have to have used an Agile approach in practice more than once to be truly able to convey the process to others.

Remember, though, as much as you believe that Agile is beneficial your audience may not be ready, willing or able to listen to that message. A team or organization must be feeling enough pain that they are willing to be open to seeing the value in the approach you're suggesting.

Yes, those words have stayed with me.  Indeed, they have gotten me through some rather grim and frustrating days as an Agile Coach.

How many software projects have you been part of that were late, over budget, full of defects and took a human toll in terms of stress and burnout?  Agile is by no means a silver bullet, but it does represent insurance against many of those issues.
Posted by Dave Rooney on Tuesday, June 28, 2011

Of course, this only means that you won't get in your own way; it says nothing about the buyer's willingness to buy. This is significant in both directions. First, you could do a perfect job of selling, but your buyer might not want to buy. Also, your buyer could be ready to buy, but you do a poor job of selling. This article helps with the second of these situations, but not the first. For the first, read "The New Strategic Selling" by Miller.

Thanks for the book reference - I'll have a look!