A Survival Guide for New Agile Coaches - Why? 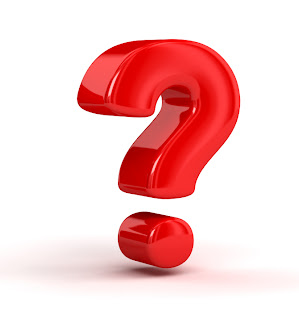 When a toddler learns to speak, often his first recognizable word is "Mom" or "Dad" or some variation of those.  His second is "Why?"  If you were to take a teenager and, like, count the number of occurrences of "like" in their, like, speech, DOUBLE THAT and you would approach the frequency at which a toddler uses the word "Why".

The constant questions can drive you absolutely crazy - I truly believe the word "because" was invented to deal with an inquisitive toddler.  However, a great deal of patience is required to be able to help the child learn not only their language but how to use it and communicate with others.

There's a very good reason why young children constantly ask "why".  It should come as no surprise that it has to do with learning about the world around them.  (As an aside, parents these days are blessed with tools such as Wikipedia to assist them in explaining why the sky is blue - those of us who had to raise children in the last century were forced to read books to learn such things!)

Asking "why" is a method for a child to learn, learn and learn while their brain is a veritable sponge for absorbing knowledge.  There's also a more subtle reason and mechanism at work, though.  By asking a question such as "Why?", the child has a tool to keep a conversation going.  The other person remains engaged and talking with the child which helps her expand her vocabulary, learn new patterns in the language and to actually use what she has learned.  In short, as children we are wired to ask questions in order to learn how to effectively communicate with others.

As a coach, you have tools for helping teams expand both their knowledge and their ability to communicate.  For example, and in keeping with the title of this post, there is the 5 Why's technique pioneered by Toyota.  The concept originated at Toyota with Taiichi Ohno and is considered a key tool for performing root cause analysis in Lean.

5 Why's is one method for performing the critical inspect and adapt function within any Agile process.  Teams and organizations must look at how their process is working, determine where and how it could be improved and actually carry out those improvements.   Most often this occurs in retrospectives, but it doesn't need to be limited just to that one meeting.  Following the Stop and Fix and Continuous Leanring concepts of Lean provides a perfect opportunity to apply 5 Why's.

While Inspect and Adapt may sound like common sense, I have seen too many teams give only lip service to the concept and simply live with their existing circumstances rather than attempt to improve them.  This is the equivalent of a child asking a single "why" and giving up - they don't really learn that much and they don't improve their communication skills.  As we mature we often become conditioned to asking fewer and fewer questions about issues we see.  People want to be good corporate citizens and not "rock the boat". 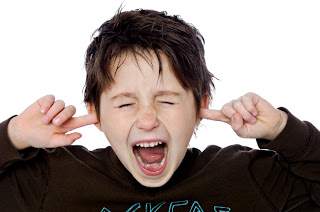 Similarly, I've seen many instances of people and even whole organizations where bad news is avoided at all costs.  Unfortunately, the answers that emerge from 5 Why's are not always what people want to hear.  In that sort of culture, problems are a sign of weakness, not impediments that need to be removed in order to improve how the organization does its work.

To be able to effectively ask "why" and process the results, trust needs to be built within the team and outside so that no one is afraid to state that there's a problem that needs to be dealt with.  Within the team is relatively easy to accomplish once they move to an iterative delivery model that shows results on a regular basis.  I once coached a group that was very distrustful and dysfunctional until after a single team leader left and an agile process was implemented.  Trust started to be built immediately once all team members started attending meetings and became involved in the process, and by the end of the first iteration the group had gelled very well, and wasn't afraid to ask the questions required to delve into some tougher to solve problems.

So, in order to be truly effective and continuously improve, you need to channel your inner toddler and ask "why" (among other questions) at nearly the same rate as a 2 or 3 year old.
Posted by Dave Rooney on Monday, June 27, 2011

I strongly agree.At times we forget to question why and just do or hear it ...

Agreed. I've run into plenty of teams and organizations that will do "1 Why", but 5? Not so much. :)

Also, almost every team I work with at some point will talk about an impediment that's slowing them down, but they don't even realize it!