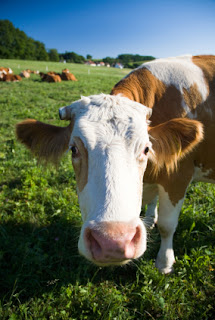 This past weekend I attended Agile Coach Camp Montréal, making and remaking many connections within the Agile Coaching community.  This was an Open Space un-conference, and during the opening of the circle facilitator François Beauregard asked the participants to picture ourselves among the community of coaches attending the event, and hold on to that image.

We then proceeded to open the sessions, and I participated in many interesting discussions.  One however, stood out from the others (even my session on Lean Startup!).

Alistair McKinnell & I crossed paths and started talking about how you can infer many things about an organization when you see the code they produce, a twist of Conway's Law.  Declan Whelan wandered by and offered up the notion that perhaps we could map code smells to organizational smells, and perhaps we could also similarly map the refactorings... Extract Manager, anyone?  Collapse Hierarchy?

This informal chat turned into a session of its own with about 12-15 people eventually participating.  An interesting thing I noticed, though, was that those among the group who seemed to really, really grasp the gravity of the problem with smelly code were those of us who came into Agile from the XP world.

When François closed the circle at the end of the day, he asked us to remember the image we had in our mind in the morning and for us to contrast that with what we now felt.  My image in the morning was cattle in a field with one cow alone, away from the others.  My image at the end of the day was indeed different - cattle in a field, with one large group and a very small group.  I was a member of that small group.
Posted by Dave Rooney on Tuesday, June 28, 2011